Anzac Day, which is observed on 25th April each year, is a national day of remembrance in Australia and New Zealand that commemorates those who have served in wars, conflicts and peace keeping operations.

On 25th April 1915 the Australian and New Zealand Army Corp (Anzacs) together with the allied forces from Britain, India and France landed at the Gallipoli Peninsula in Turkey during World War 1. This was a day of extremely heavy casualties for the allied forces. 480,000 allied forces soldiers took part in the Gallipoli battle. 200,000 of these soldiers were injured and very sadly an additional 46,000 died.

It has become the custom each year for Australians and New Zealanders to observe this day for Dawn Services, Commemorative Marches and Remembrance Services.

Anzac Day services are held in many countries throughout the world each year. In Thailand we commemorate Anzac Day at Hellfire Pass in Kanchanaburi.

Hellfire Pass is the name of a railway cutting on the former Burma Thai (Death) Railway. This was built over two years from 1942 to 1943 during World War 2 using the forced labour of allied forces prisoners of war (POWs) including many British, Australian and Dutch soldiers. The construction of the railway at Hellfire Pass claimed the lives over 12,000 soldiers who regularly worked 18 hour days. It was named Hellfire because the sight of starving POWs labouring at night by torchlight was said to resemble a scene from Hell.

Hellfire Pass no longer operates as a railway and is now the site of a war memorial and museum. Anzac Day has been commentated at Hellfire Pass since 1990.

The Anzac Day 2019 Dawn Service at Hellfire Pass was attended by the following Bangkok Prep students:

This was the second time that many of us have visited Hellfire Pass. Each year Bangkok Prep students visit Hellfire Pass on the Year 6 residential as part of our World War 2 learning unit.

The 2019 Anzac Day Dawn Service at Hellfire Pass was very moving and emotional for all of us as we remembered the sacrifice made by the countless soldiers who went to war for their countries.

Many people who attended the Dawn Service this year were remembering their own lost relatives who died in the various wars during the past 100 years. My family were remembering a lost Great Uncle, Leslie John Langdon who died on Anzac Day at Gallipoli on 25 April 1915.

The Guest of Honour at the Hellfire Pass Anzac Day Dawn Service this year was Harold Martin, a 102 year old former Australian POW who spent two years working on the Burma Thai Railway. Seventy years after his rescue, Harold embarked on a journey back to Thailand to revisit his past and pay tribute to his fallen comrades. Harold has been attending the Anzac Day Dawn Service at Hellfire Pass for the past 5 years.

This year the Bangkok Prep students who attended the Dawn Service were very fortunate to hear Harold reading the Ode of Remembrance and then to have the opportunity of meeting him after the service. This was an emotional occasion that we will remember always.

They shall not grow old, as we that are left grow old;

Age shall not weary them, nor the years condemn.

At the going down of the sun and in the morning

We will remember them. 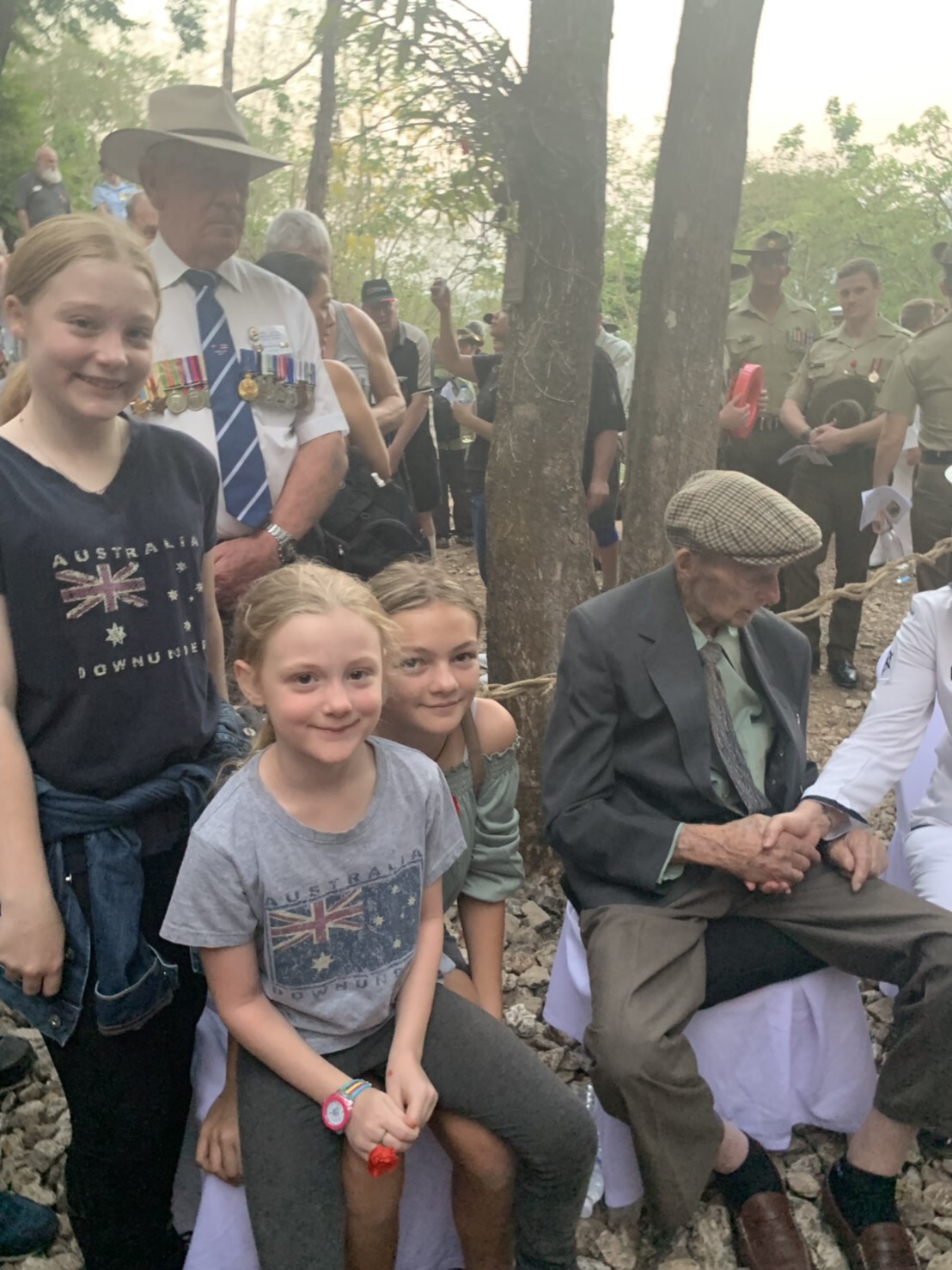 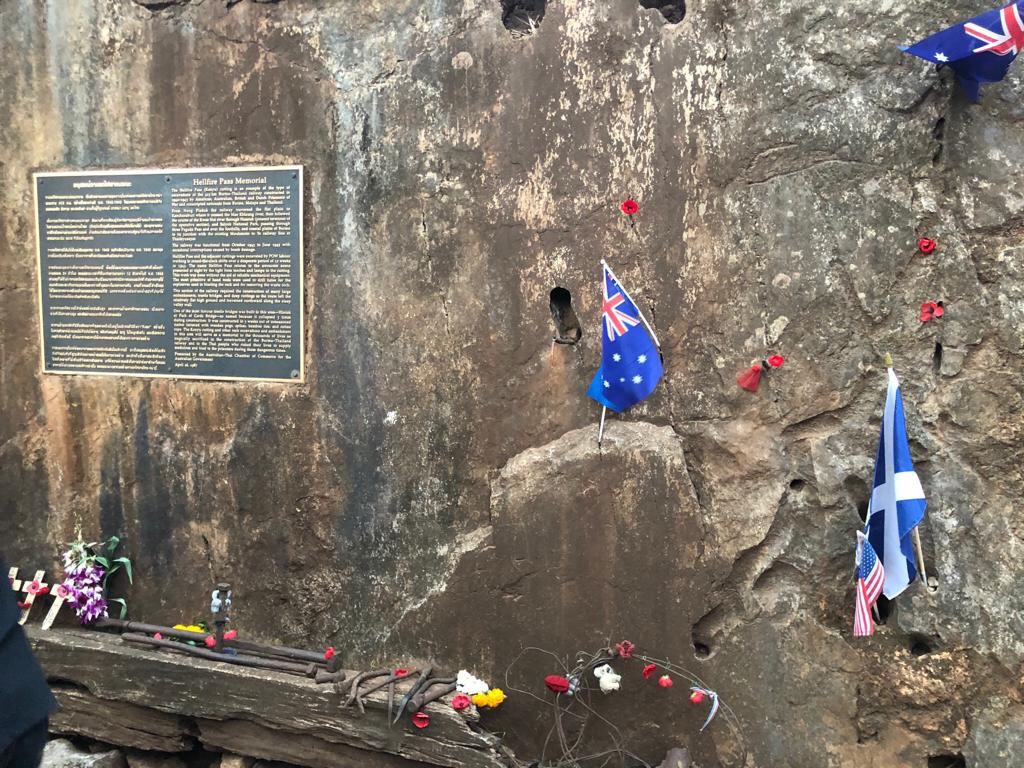 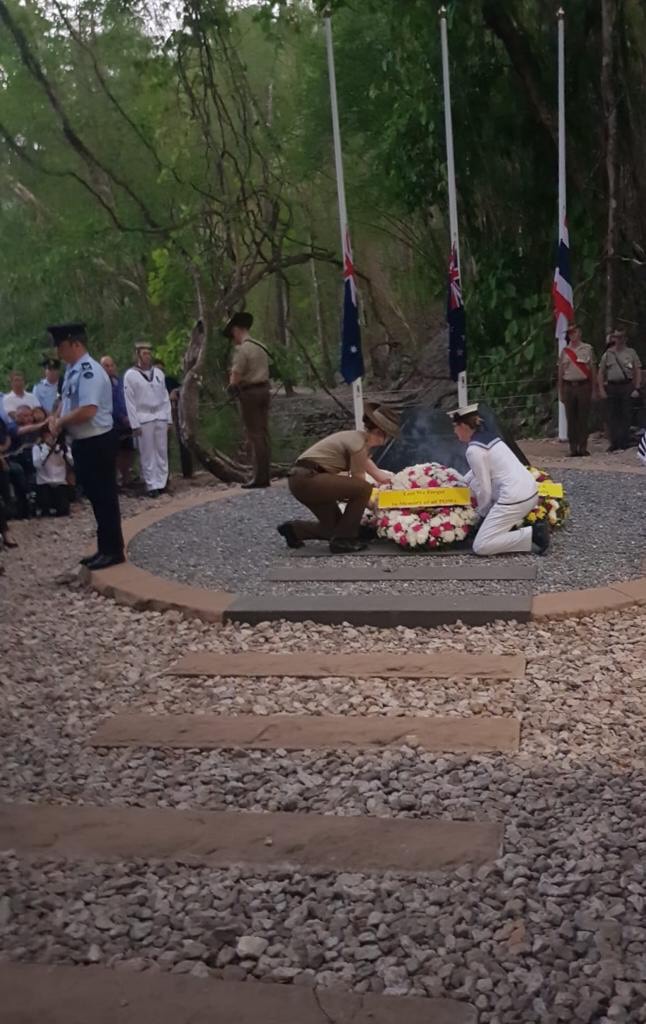 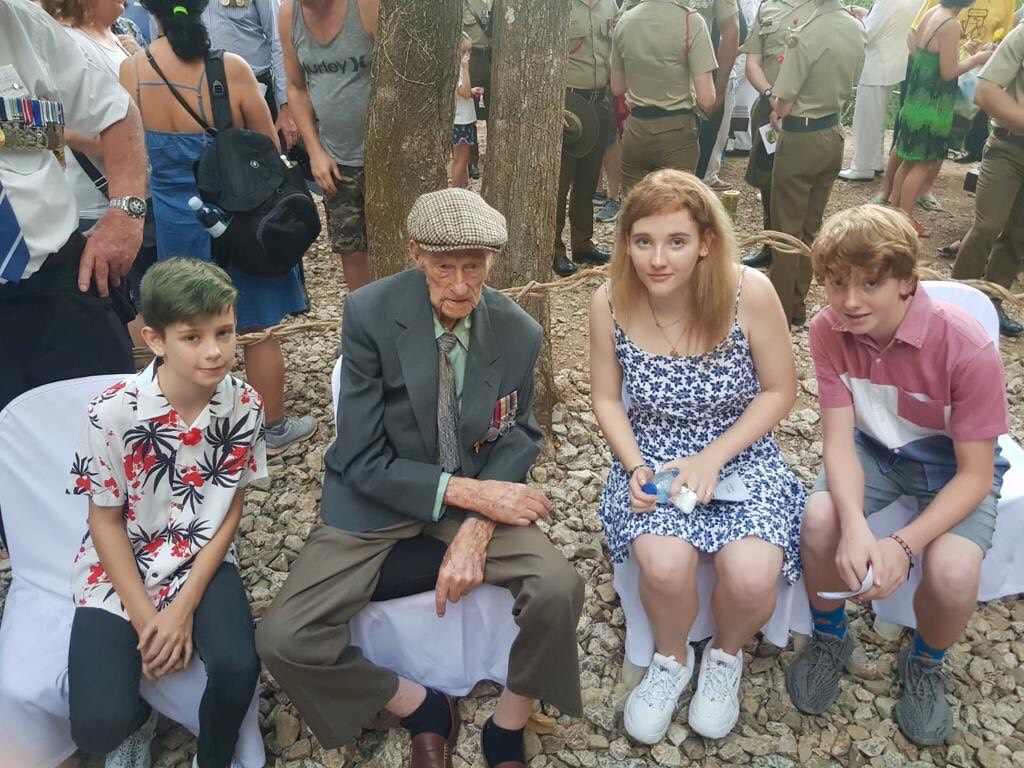