TISAC League – Under 11 boys’ finish second in the league

After winning 1, drawing 1 and losing 1 of the first round of league matches, our under 11 boys put in a much stronger showing in the second round of fixtures to finish in second place.

First up was eventual winners Ascot. After a pulsating encounter against Ascot’s Academy team, Prep were narrowly denied a win by a last minute Ascot equalizer. In possibly their best performance of the season, a spirited Prep, driven by the tireless Yuki, were more than a match for unbeaten Ascot. A second half goal from MJ looked to have won the match; however the young Bulldogs were to be denied right at the death!

Next up was TRAIL. Unfortunately for TRAIL, they were no match for our young Bulldogs. Thanks to goals from Liu (3), Lio (2), Yuya, Min Seo and JR, TRAIL were thrashed 8-1.

Last up was STA 71. The winner of this game would be crowned second. Despite a first half goal from STA, our Bulldogs battled back with two second half goals (MJ and JR) to win 2-1 and be crowned this year’s TISAC runners-up. 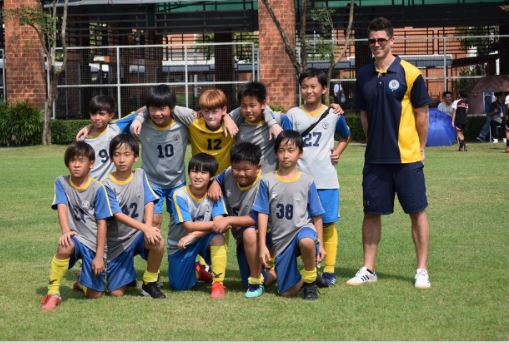 With 15 teams at this year’s TISAC cup, competition was stiff! However, Bangkok Prep’s under 11 boys swept all aside during the group stages. Six wins out of six saw them top their group and romp into the semi-finals.

Waiting for Prep at the semi-final stage were league winners, Ascot’s Academy. Unbeaten all season, Ascot were a daunting prospect. Despite a spirited effort, Ascot were too strong and proceeded into a final which they would eventually win easily. Prep, meanwhile, faced a third v fourth placed battle with St Andrews 107. Three goals from striker Liu resulted in a 3-0 win and a third placed finish.

What a season it has been for our boys. After a tough term 1, the level of progress they’ve made during term 2 has been remarkable. Well done boys! Here’s to hoping next season will be even more successful.