It is 100 years since the signing of the Armistice agreement that brought World War One to a close. At the 11th hour of the 11th month the guns of war fell silent. Bangkok Prep Secondary Campus held a range of activities in the week leading up to this centenary. A joint Art and History project saw Key Stage 3 classes making poppies to commemorate those who served during the war. These were then placed on the stairs on Block B to form the backdrop to out Remembrance display.

In Tutor Time, students were asked who they would remember. Teachers shared stories of their connection to the war and students were asked to investigate if they had any relatives who had served. A message was also put out via social media, asking parents to send in details for the Bangkok Prep Roll of Honour. Many thanks to those of you who responded. Names and other information was included in our Remembrance display.

On the thought wall in the Canteen at T77, a question was posed to ask students about the impact of World War One. It was known as the war to end all wars, but since then, there have been many conflicts fought around the world. Students were asked to consider the statement ‘Wars are futile (pointless) acts that have no place in the 21st Century’. How far do you agree? This prompted much thought and discussion among students with a wide spread of ideas generated.

To conclude, we had a whole secondary school assembly on Friday 9th November. This was led by 8 of our students; Jaak, Calista, Kit, Nafisa, Andre, Marco, Arlena and Sofia. They shared the message of remembrance, some statistics from the war, poetry, the meaning of the poppy and the Last Post, before leading the school in a two minute silence to remember the generation from World War One and other conflicts. They also shared the Royal British Legion’s 2018 campaign to say “Thank You” to that generation from the early 20th Century for changing the world we live in today.

The students were very respectful in marking this important moment in world history. 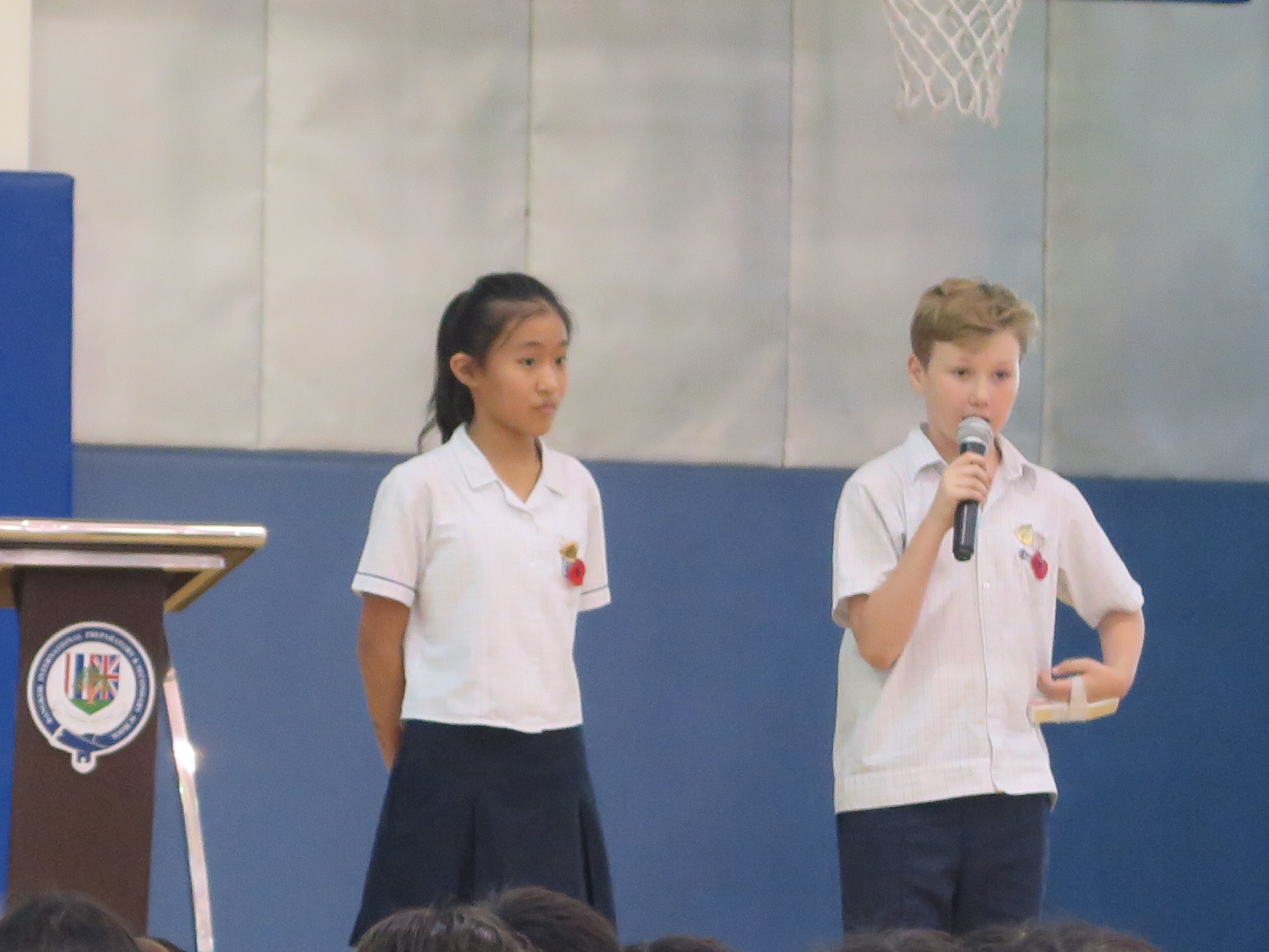 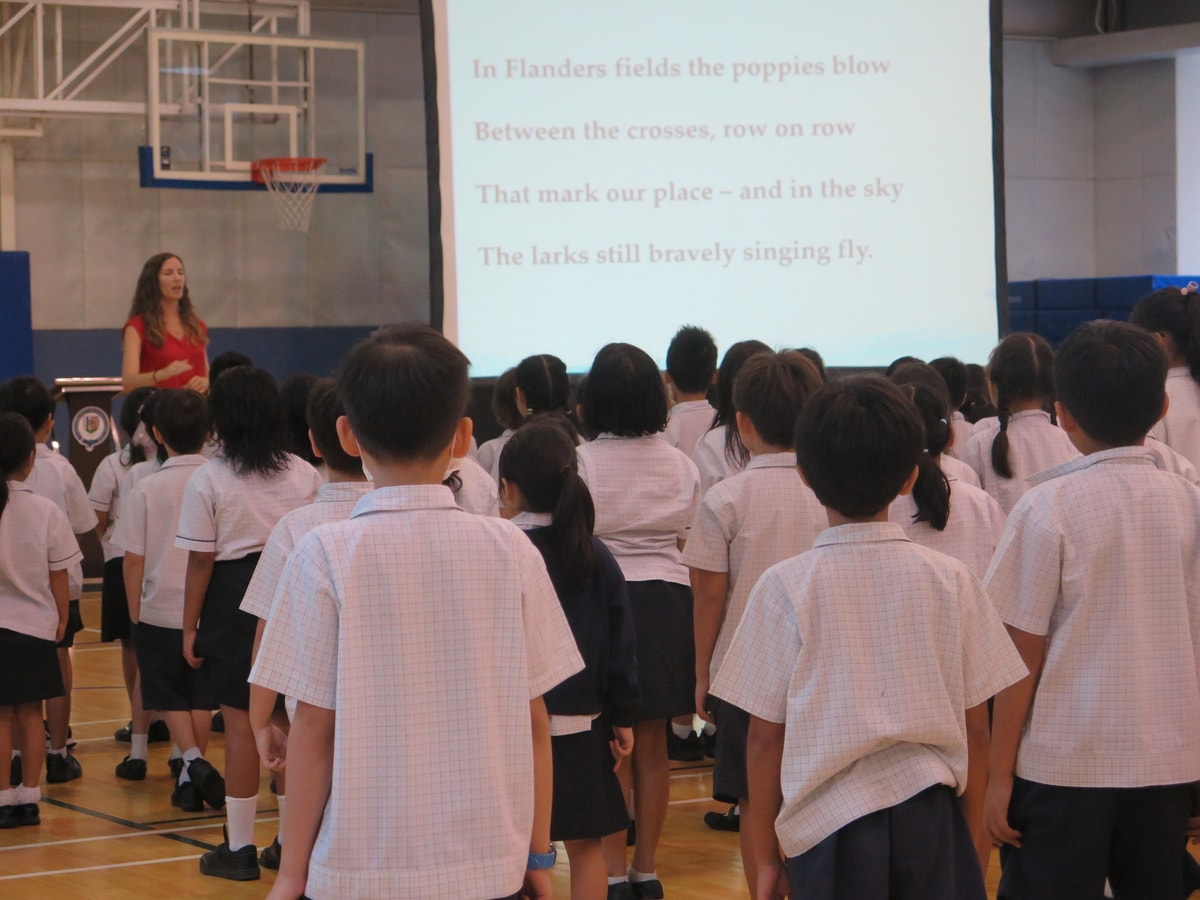 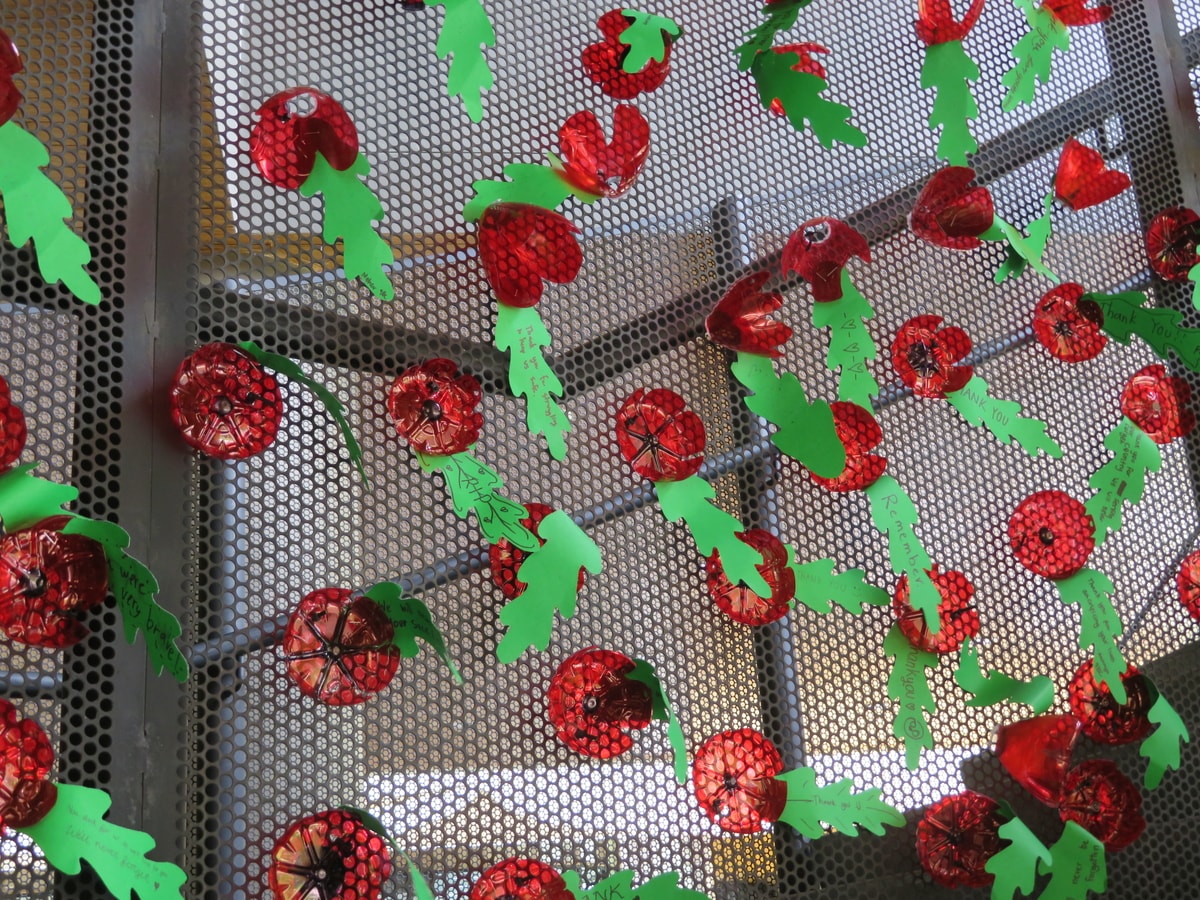