On Tuesday 25th February, we had a chance to listen to Khun Emilyn, a Bio-medical graduate talking about her research project. She has completed a very interesting research project with the title ‘The Study on the Effects of Phytoestrogen on Erythropoiesis’. The introduction to the talk was to give the students some background about her project. She started off talking about anaemia. Anaemia is a condition where low levels of red blood cells are present in the blood. This means that there is less haemoglobin in the blood reducing the ability to carry oxygen which could lead to pale skin and dizziness. She found that a factor that could cause anaemia was insufficient levels of Erythropoietin (EPO), a hormone responsible for the stimulation of red blood cells in the bone marrow, reducing the rate of Erythropoiesis, a process developing a type of stem cells into mature red blood cells. For erythropoiesis to occur, sex hormones (oestrogen) and EPO are required. Therefore low levels of EPO results in a low production of red blood cells. A solution to this could be to inject synthetic EPO but this could be very expensive and could increase the risk of a person developing cancer.

Emilyn continued her research and found out that a similar hormone to oestrogen, phytoestrogen, was found in a species of plant, C. comosa. In the experiment part of her research, she came up with 2 objectives: to study the proliferative effects of C.comosa in Erythroid cells and to test whether C.comosa induced Erythroid cells proliferation via the Wnt/ beta-catenin signalling pathway. She conducted her experiment by using UT-7/EPO cells and incubating them in different conditions for 12/24/72 hours. After that she counted the cells to see the effect and drew a conclusion.

We found the talk really exciting and it was interesting to see the level at which Biology is studied at University. We could also make some links to our AS-Level Biology content and found it really useful. On behalf of Year 12 Biology students and Bangkok Prep, we would like to thank Khun Emilyn for sharing the project with us. The Sixth Form Biologists really enjoyed the experience. 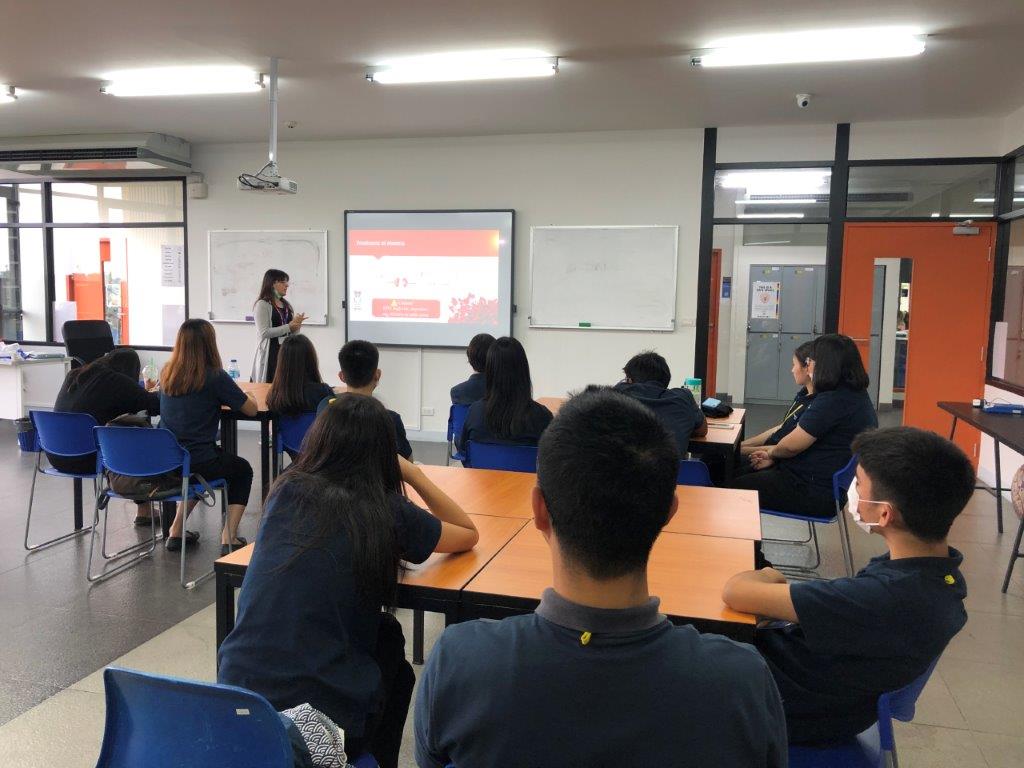 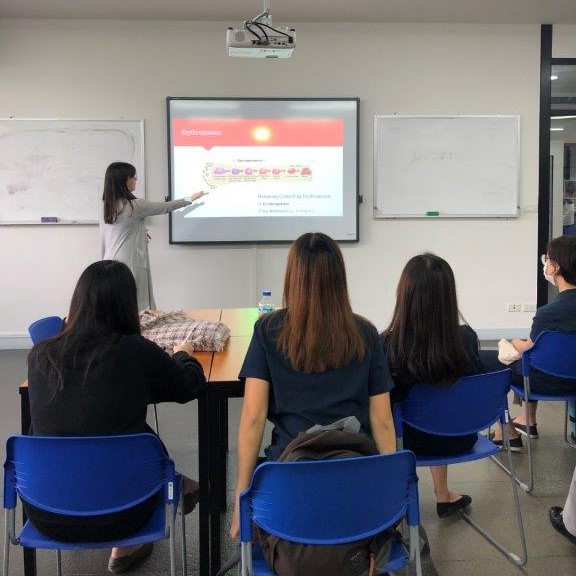