Now that Year 13 have graduated as the Class of 2017, I thought it would be a good time to give a more personal reflection on their university destinations and the process they went through in planning, applying, getting offers, choosing from these offers and where they are going to go study.

Choosing a university is no easy task. Students at Bangkok Prep generally apply to more than one country, with some applying to three. Within those countries they have dozens, hundreds and sometimes even thousands of universities to choose from.

The United States has more than 4,000 universities alone, and deciding where to go there is no easy feat. When you get offers from universities as prestigious as New York University or the University of California, Davis (considered to be one of the US’ ‘Public Ivy League’ universities) students should be extremely proud that they were chosen from the many thousands that applied.

The US system is rigorous and requires students to not only achieve excellent A Level and SAT scores, but to write a highly personal essay which declares to the university ‘I am the kind of student you want’. Being offered places and scholarships is a truly excellent achievement.

Our most popular university destination is the United Kingdom. I am very pleased to say that all of the students who are going to study there have been offered places at excellent universities. The UK has some of the best universities in the world and non-UK residents are not always aware which of them are prestigious. For instance, one of our students is going to Imperial College in London, which is ranked as the 8th best university in the world!

He will be studying Engineering, which is one of their most sought after courses and we wish him great success, along with all of the other students who are graduating.

In other parts of the world the best universities include a number in Holland such as the universities of Amsterdam, Groningen and Utrecht. In fact, the Netherlands is fast becoming one of the most sought after university destinations for international students: 90 percent of its courses are taught in English and the universities there are ranked very highly in the global ratings.

A number of students have chosen to stay in Asia and we are proud of their achievements also.  Those who are staying in Thailand are going to the best universities such as Chulalongkorn and some are going to become doctors in future years.

Finally, another wonderful achievement needs to be celebrated. Hong Kong universities feature in the international rankings and especially the University of Hong Kong. We are hugely proud that one of our students has not only been offered a place at this university but a scholarship of between 50 percent to 100 percent, depending on her grades. This is a remarkable accomplishment and one that I won’t forget for a long time.

The graduating Class of 2017 have the rest of their lives ahead of them. Some already know where they are going to study, and every single one has chosen well. The rest are taking a year out of academic education to pursue other goals before applying to university next year.

Bangkok Prep wishes all of them the greatest of successes and we are sure they will make themselves and the school proud in the years to come. 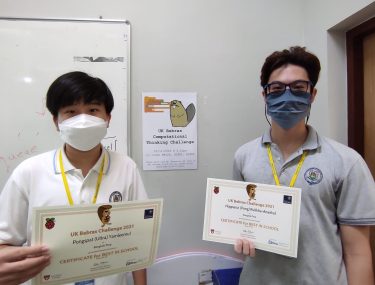 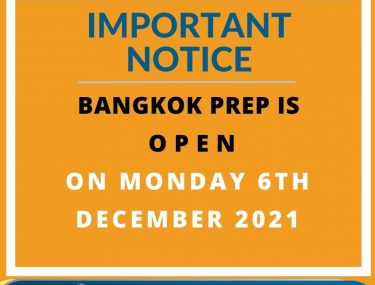 Please note that the school will be open on Monday 6th December 2021 ...

Students that are due to take their SAT Test on 4th December 2021 are required to show the following ...