The Eductaction System in Thailand - A Complete Look
Skip to content 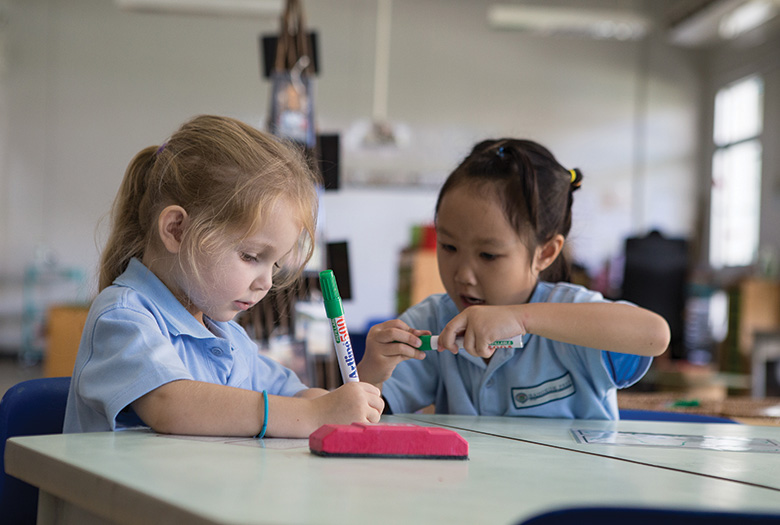 The Education System in Thailand

The education system in Thailand includes government, private and international schools (which are also private). The system, and many of its schools, are split into 3 distinct stages, covering pre-school, primary and secondary education, and each stage consists of a number of separate levels, much the same as kindergarten, primary and secondary schools in Western countries are split into separate years. Whether you already live in Thailand or are planning to move there in the near future, you will need to acquaint yourself with the education system and how it works if you have school-aged children in your family. This short guide is designed to help you achieve that aim in the most painless way possible and may also serve as a good introduction to the topic for those who have a purely academic interest in the national education system of Thailand.

The first stage is for children aged from 3 – 6 and is not compulsory. Most pre-school institutions offer Kindergarten 1, 2 and 3 levels to their pupils although some only offer the first two levels, with pupils having to move to another school to complete Kindergarten 3. Because pre-school is not compulsory, the grading system used by individual schools may vary from one establishment to the next but this is not usually a major concern for parents as these grades will not form part of a child’s official scholastic record.

For the purposes of this article, primary education begins at the age of 6, when it is compulsory for children in Thailand to start attending school. The primary school system consists of 6 years or levels (Prathom 1-6), which means that by the time a child has completed their primary education in Thailand, they will have reached the age of 12. It may further be split into lower elementary (Prathom 1-3) and upper elementary (Prathom 4-6), and at government schools, primary education is provided free of charge. At private schools, there is of course a fee to pay, which is usually collected prior to the commencement of each term. The Thai school year consists of 2 terms, the first from early May until late September and the second from mid-October until the end of February, with a long summer break during March and April. In addition to the mid and end of year breaks, there are a number of public and government holidays that are observed by Thai primary schools, which you need to be aware of when making childcare arrangements. Generally speaking, school starts at 8am and finishes around 4pm, although each school may set its own hours, within reason. Most primary schools employ a standard A-F grading system, which corresponds to the same grades used in American and British schools. However, some schools use a 4-point grading system, from 4 to 1, with an F for pupils who fail. In practice, it is very unusual for a child to fail a year in a Thai school and be held back: in the normal course of events, children who do not pass a particular year will be given the opportunity to retake their end of year exams, after attending summer school if necessary. 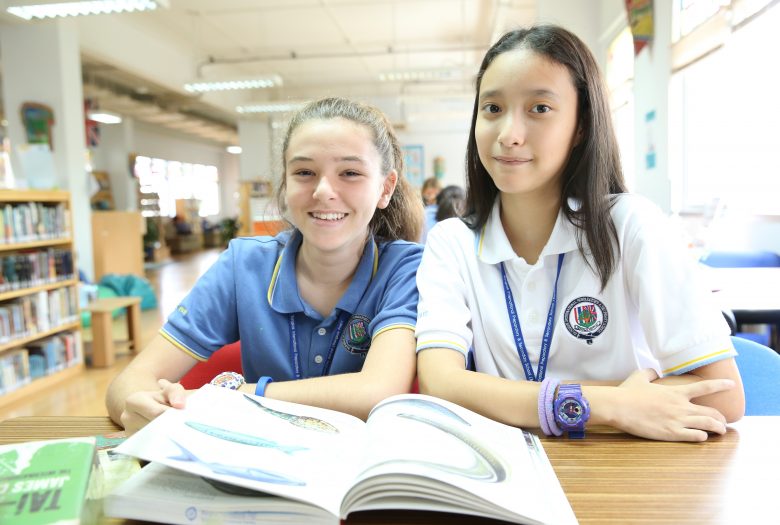 From the ages of 12-18, children in Thailand attend schools offering secondary education, from Matthayom 1-6. These 6 years are split into lower and upper secondary education and only the lower portion, i.e. Matthayom 1-3, is compulsory. For Matthayom 4-6, both vocational and academic streams are available, the former being an option for pupils who fail to achieve the required grade for entry into the upper secondary academic stream. As in Thai primary schools, the grading system employed in secondary schools may either be from A-F or from 4-1, with F representing a fail in both systems. For pupils who achieve a passing grade at the end of Matthayom 3 and wish to continue with their academic education through Matthayom 4-6, elective subjects may be studied alongside the core subjects, as is the case in most Western school systems. The core subjects that are studied in primary and secondary educational facilities include Thai language, mathematics, technology, physical education, social sciences, art, music and foreign languages.

Colleges and Universities regulated by the Ministry of Education offer a wide variety of academic and vocational programmes in Thailand, giving students the chance to obtain a BA, BSc, or higher degree in one of many subjects. In addition to public universities, there are also a number of private institutions offering degree courses to fee-paying students, with fees that are normally considerably higher than those you will find at government institutions of higher education.

For parents who would like their children to follow a recognised Western curriculum, such as those followed in British and North American schools, there are a number of private Bangkok International Schools and the rest of the country that provide this option. Whilst these schools are also regulated by the Thai government, they are free to offer foreign curricula to their students and many have an excellent reputation for delivering a high standard of education. Such schools are a good choice for expatriate parents who plan to move back to their home countries before their children have finished their education, as well as for parents who would like their children to have the opportunity to attend a foreign university after completing their secondary schooling. In general, international schools in Thailand have a reputation for more rigorous grading than their government counterparts, which means that being held back a year is a real possibility for children who do not apply themselves. Parents who wish to send their children to a top Bangkok International School in Thailand should, therefore, be prepared to support them in their studies and to provide them with all the motivation and encouragement they need.